Let’s talk objects in space, shall we?

There are some things that should not collide: cars and occupied strollers, our planet and massive asteroids, Michelle Obama and John Boehner. 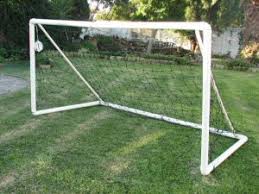 To go back to our physics lesson, would you like to know what happens when a twelve year old body, moving rapidly through space, collides with a stationary metal pole?

Here’s the answer: An inch-long gash along the top said child’s skull.

Yes, my friends, my child was, in fact, bleeding from the head. Blood dripping down his face, sopping onto his hands as he tried to mop himself up.

The doctor rinsed the head wound with saline, sloshing out the dried blood and a little bright red fresh blood. Here’s a thing: One really never wants to see the blood of one’s children. A biology lesson: blood should stay subcutaneous.  Seeing Liam stretched out on the hospital bed, I had a weird flashback to the second-to-last day of his stay in the NICU, when after two months he’d finally hit the magical weight of four pounds, which meant he could be discharged. But first, he had to have an operation on a double hernia.  Four pounds (1.8 kilos) is like a very small sack of rice, basically, and it amazed me that anyone could even diagnose a double-hernia in something so small, much less operate on it.  But operate they did, and the sight of that tiny little body on a huge hospital gurney (which was, in fact, probably child-sized) rendered Husband and I into teary-eyed pulp.

Liam wasn’t even knocked out for this procedure, just as he wasn’t for the chin-on-the-edge-of-the-swimming-pool procedure, or the running-full-tilt-into-a-cement-wall procedure. This procedure only required a BIG needle of anesthetic and four staples.

He’s fine, is this hard-headed twelve-year old. He has a headache, duh, but no concussion, no wobblies, no nothing. Wolfed down pizza for dinner, snapped at his brother, muttered about the fact that his team went 1-1 instead winning outright.  Simple: we wash the wound every day with saline and the staples  come out in ten days. The doctor who stapled Liam’s head said that basically, Liam could go play soccer that evening (I said no fucking way, or words to that effect).

What did I learn? I learned that even if you don’t know them very well, moms on the sidelines of your kid’s sports team will hold shut bleeding scalps, will offer to drive your kid to the ER, will give a lift to the team-mate you were supposed to drive home, will scrounge up an old towel to put on top of the bloody gauze bandage. I learned that having a next-door neighbor who is a nurse familiar with the city’s ERs is a really, really great thing.

I learned that even if you know it’s all going to be all right, driving your kid to the ER is never, in fact, all right.

And I learned my physics lesson: that if your child’s skull collides with a metal goal post, those forces will combine to create an abiding need for a glass of wine after the stapled-head child goes to bed.