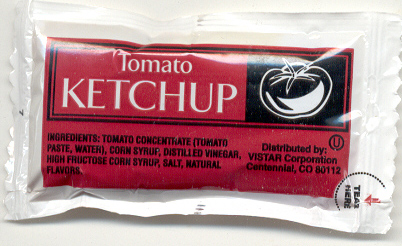 The SV Mom Bloggers Network had an opportunity a few weeks ago to join a conference call with Secretary of Agriculture Tom Vilsack about Michele Obama’s new initiative against childhood obesity, Let’s Move.  These two things, plus Jamie Oliver’s campaign to improve children’s diets, has me thinking (again, still) about the lunchboxes I pack every morning.

I don’t know about your kids, but mine have a devotion to routine that makes me think they’ve got futures in the military, and their lunchbox contents, as a result, are pretty much the same every day: each kid gets a juicebox, a small handful of pretzels or goldfish crackers, a yogurt or applesauce, and a sandwich: son #1 gets half a peanut-butter-and-honey, son #2 gets a pbj with no crusts. If there are crusts, EVERYTHING IS RUINED FOREVER.

These aren’t great lunches but they’re…okay. The peanut butter is organic and has no added sugar, the bread is whole-grain, the honey comes from the farmer’s market. Sometimes I dole out granola bars or maybe some other sweet treat, if I’ve got something in the cupboard, but that’s not a regular thing. The juice boxes started as a concession to the length of time the boys stood in the lunch line to buy milk, but when I discovered that the chocolate milk they were buying was primarily high fructose corn syrup, I decided juice boxes were actually the better bet.

One of the downsides of the conversation with Secretary Vilsack, unfortunately, was that when a blogger asked him about whether the administration would be mandating a lower HFCS content in school lunches, he couldn’t quite commit. But perhaps it’s too much to expect for an Iowa politician to come out against one of the primary cash crops for midwestern farmers: the corn that gets processed into HFCS. (Click here to see how the School Nutrition Association responds—sort of—to concerns about HFCS).

Now don’t get me wrong. Sometimes I toss store-made, store-bought Rice Krispies treats into those lunch boxes, and our family trips to the farmer’s market are never complete without  chocolate-chocolate chip cookies from our favorite stand. We are a sugar eating, butter-using household—I’m not a total food nazi (as Husband lovingly calls me sometimes. At least, I think it’s lovingly). Maybe it is a little nuts that I think so much about what we eat, and that I keep relatively close watch on what goes in those lunchboxes–although, truth be told, I started packing lunches for son #1 not out of some political agenda but because he refused to eat anything that came out of the school cafeteria. Now that I’m paying more attention to what comes out of the cafeteria on that styrofoam tray, I am happy to slap those sandwiches together.

I applaud the Let’s Move initiative, and any other efforts that can be made to help resolve the health issues plaguing the next generation; there is a horrible irony that those children who most need dietary and nutritional help are those being served by school lunch programs. Mayor Mike, of course got on the healthy-food bandwagon by banning bake sales during lunch time, and now there is another resolution pending that lists what “approved foods” can be sold for fund-raisers at any time and relegates PTA “non-approved food” bake sales to once a month and never in the cafeteria. Hmm. Doritos are on that approved foods list, so you mean that the theater club can sell Doritos for a fund-raiser but the PTA has to sell home-made cupcakes after school in a back hallway? This is how we’re going to make our kids healthier? (And let’s not even talk about the money that PTAs stand to lose as a result–money that, in this era of massive budget-cuts, they can’t afford to lose.)

In my son’s kindergarten classroom is a huge mural of the food pyramid that the kids made by bringing in magazine pictures of items from the various food groups. Around the pyramid are little signs describing healthy habits, including “30-60 minutes of activity a day.” Let’s think about that: these kids go to school from 8:20-3:10. The kids who stay for afterschool programs are often in school until 5.  But looking just at that 6 1/2 hour schoolday, how much time per day would you say the elementary school kids spend moving their bodies? On a non-gym day? About 20 minutes, right after lunch. And that twenty-minute period includes lining up to go outside and then lining up to come inside, so it’s probably closer to 15 minutes of actual play.  That’s it.

So instead of banning bake sales, what if schools were mandated to give their kids more aactive time and less time learning how to prepare for standardized tests? Or what if school cafeteria kitchens were actually equipped to make food and not just heat it up? Or what if school food were regulated more closely, so that if/when there is a problem with the food, it’s easier to find out where the food came from and where it went? Or what if—ok, I know, now I’m in fantasyland—what if the ingredients for school lunches came from premium suppliers and not the chicken-parts remainder bin? Aren’t there incentives or tax breaks or something that could be offered to places like Niman Ranch (or its local equivalent) if they helped supply the school lunch program? (Click here for another lunch-room wish list)

It’s a huge job, this school lunch program, I know. But as a society, aren’t we supposed to put the welfare of the next generation before our own? Are we really content to be a society in which kids whose parents can afford private schools get fed well and everyone else has to scrounge around for themselves?  The Lets Move website itself declares that if we don’t address these nutritional issues now, we will spend much more money down the road, on health-care issues, on unemployment, on an unskilled and unemployable workforce.

I know that everyone is broke—schools, cities, states, the fed—everyone, just about, except Goldman Sachs. So maybe that’s the solution. Maybe Goldman Sachs would like to become the corporate sponsors for the School Lunch Program.